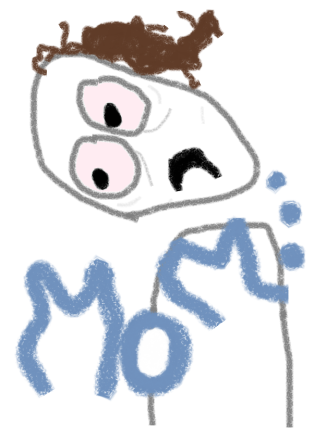 what was I stressing about back then...?

I used to talk in my sleep all the time.  As a kid, I would get up, walk into my parents room and stand over my mother, breathing and staring, eyes wide open, dead asleep.  I once woke her up with an insistent, “MOM. MOM. MOM.”  When she awoke, she said, “What is it?”  I said, “…HI.”  She was creeped out and asked my dad to put me back to bed.

More recently, when I was working at Real Estate job (for two years), I wasn’t happy.  It was a boring job with a bad boss.  I didn’t even have anyone to relate to; it was just me and him in this little real estate consultation company.  I was desperately needed, quietly loathed, totally trapped, and very alone.  This is around the time when Boyfriend and I got together.  He would regale me with tales of my night-talks on a semi-daily basis.

After two years, I realized how unhappy I was and decided to leave.  I finally quit Real Estate Job and started working at Office Job where my coworkers are kind, the work is manageable, and my boss appreciates me and gives me clear instructions when I make a mistake.  I stopped talking in my sleep literally overnight.  Boyfriend and I have come to the realization that I talk in my sleep when I’m stressed out.

When I got too hot, I have always stripped off my pj’s until a comfortable temperature is reached (this happened again just two nights ago).  But talking in my sleep is something that seems to happen only when my mind has been particularly stimulated by a book, or movie, some fascinating conversation, or (most likely) stress.  Last Thursday, Boyfriend and I had a fight about a camera, of all things.  He told me when we first started dating that he would love to do a photo shoot with me.  I thought, “Wow, my handsome, film industry boyfriend wants to use me as a model in a photo shoot.  And it would be so fun to see him in action and create something with him.”  That’ll be a fun couples activity, I thought.  Almost four years later, and we still haven’t done it, regardless of my sporadic hint-dropping and semi-serious nagging. 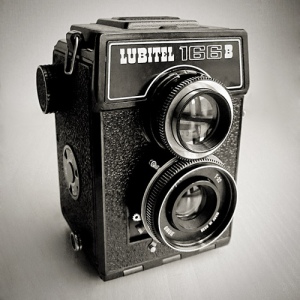 Then he bought a camera, and as we were driving home, he said, “Wanna take some photos with me?”  I said, “Sure, come back in four years, I’ll be happy to.”  This launched a fight about how I thought we were going to create something together, not break in a new toy, that I thought he wanted to take my photo because he loved me and thought I was pretty, not because he needed a warm body in front of a lens.  I could not have been more wrong, apparently.  After some bickering, he said he proposed the original photo shoot because, “…y’know, I knew you’d be… around.”  I said, “So, because I’m convenient.”  He said, “Essentially, yes.  The photos are for me.”

So that kinda broke my heart.  We spent the rest of the day avoiding each other, driving to a movie, fighting in the car, fighting more after the movie on the drive home, then fighting more at home.  I cried a bunch.

That night I did more than talk in my sleep; I almost assaulted him.

Here’s the IM from the next day:

Boyfriend: hewo
Me: ohai
Boyfriend: do u remember what weird thing u did while u were dreaming?
Me: ?
I did a weird thing?
Boyfriend: very.
u grabbed my head
and u thought it was one of your obstacle course blocks [the items I use to build games for the kids at the dojo]
and u told your class to go put it away
Me: um wtf?
that’s fucking creepy
Boyfriend: yes!
and i woke up and said, whaaa
huh?
Me: i’m going to need a demonstration
tonight
Boyfriend: for sure i will
it was kinda scary
Me: then what happened?
Boyfriend: i was vaguely hoping u wouldn’t like rip my head off
i think u said “no more playing, time to put it away”
or something like that
Me: wow
that’s just… fucked up.
Boyfriend: and then u let my head go, thank god.
i would’ve been jolted awake if i wasn’t so tired
the creepiest part is that u sat up
and then grabbed my head
which i was semi-conscious of
Me: yikes
so… sorry?
Boyfriend: haha
i guess it’s ok?
Me: I haven’t done something dynamic like that in my sleep in a while.
Boyfriend: yeah
Me: I think our fight stressed me out.
Boyfriend: i assumed that’s what happened

I haven’t acted out in my sleep like this in months, so for me to treat Boyfriend’s head like it’s filled with plastic stuffing of some kind the night following a particularly painful fight (for which he is 100% to blame, btw) was just too perfect.  We almost never fight, so when we do it’s usually because he’s being a weirdo (according to him, a model has no interest in the photographs she helps to create), or we had a miscommunication (like confusing convenience with love).  I was super stressed about it because we fight so rarely, so naturally, my sleeping-self had something to say.

We get over our fights in record time, though.  We hate being mad at each other, it feels so unnatural.  We spend so much time in direct physical contact (holding hands, curling up next to each other on a couch, a long spontaneous hug) that it feels weird to be apart.  We have whole short conversations while holding each other.  He touches my hands, I scratch his head.  He squeezes my legs, I pet his stomach.  We live so harmoniously the vast majority of the time that when we fight I find it pretty distressing.