People chuckle when I call Los Angeles my hometown, but that’s how it feels.  Being raised here makes it feel small, even cozy despite how spread out everything is.  Nothing feels very far away, even though getting anywhere usually involves between one and four freeways.

It’s a difficult city to get to know, not only because it’s so spread out but because it’s so unpredictable.  Nice neighborhoods become rundown, unsafe and unkempt within a block.  The border of Hancock Park, a neighborhood full of multi-million dollar mansions, started just one block north of where I was raised.  But two blocks south of my house was a park where we would go to play during summer days, and where drug dealers would meet at night.  Two blocks south of that is Pico, and Los Angeles High School just to the west.  I used to run on their track in elementary school, and one afternoon we got trapped on campus during a lock-down; there had been a gang-related shooting on campus.

My parents did a good job of making us understand that there was danger around without allowing us to feel threatened by it.  I wonder sometimes how they did that in a city like LA.  It probably helped that the LAPD Chief Willie Williams (the first black LAPD Chief) lived next door to my family for a short time while I was six.  When asked by the LA Times why he chose to move there, he said something about “the neighborhood’s green lawns.”  Mom had a good laugh when she read that, and went outside to turn on the sprinklers that morning.  A small detail of two or three body guards would pick up the Chief every morning.  My mom would occasionally send me or my sister out with a gift of Girlscout cookies (we were both Brownies).  Once I gave one of them a drawing of a badge tucked into his hip next to his hand, thumb hooked into his pants.  He told my mom I was already an accomplished artist if I was drawing details instead of people at age six.  I remember my mom telling me about that, and realizing it was a genuine compliment.  And not just that, but a real compliment, from a total stranger, who was an adult AND a police officer?  I must have been glowing for a week.  Mom said my drawings always had the subject falling off the page.  She was right, and seemed really proud of me for that, which in turn made me feel really good about myself. 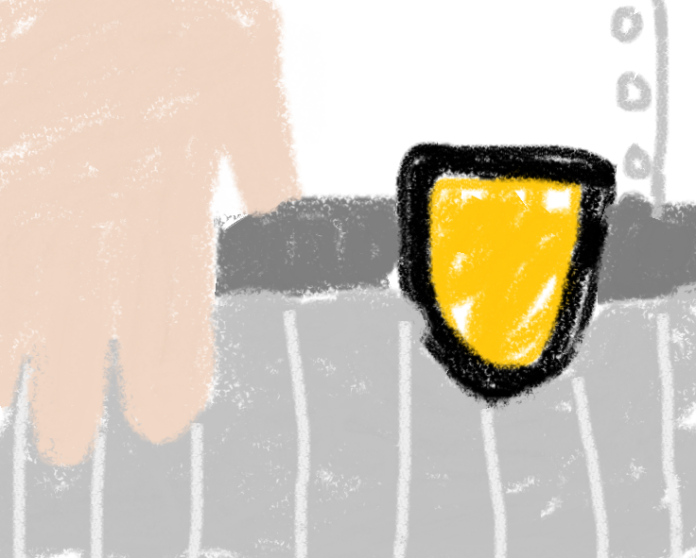 My folks (especially Mom, who had also been raised here) educated us about Los Angeles at every turn.  She would take the scenic route to wherever we were going to point out local landmarks, who used to live in which house, what “used to be there,” and her personal memories of the city.  She’s known in our family for saying stuff like, “This is why people come to Los Angeles,” or “This is why people came to the west coast,” to which my sister once responded, “I’m pretty sure all these palm trees and the Hollywood sign weren’t here for the pioneers to see.”