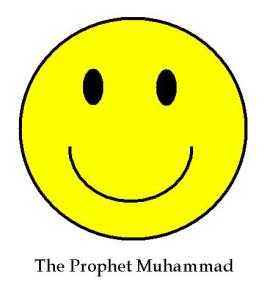 When it comes to religious scandal, I like to think that the heart of the issue is usually communication (or its breakdown). If people had known straight away that priests were abusing kids, that shit would have been shut down immediately. Children don’t talk about what makes them uncomfortable, and parents didn’t know that they should be asking prying questions about their pastor’s sexual preferences. People wanted retribution, and the Church thought they heard “divine” retribution, and tried to deal with it internally. Again, the problem is communication.

And this crap isn’t localized to the Christian community. When the Islamic community freaks out because an image of Muhammad surfaces somewhere, the conversation seems to go like this:

Islam: “That’s not allowed in our religion!”
Cartoonist: “I’m not Islamic, so the law does not apply to me.”
Islam: “Take it down or we’ll kill you!”
Cartoonist: “Never! Freedom of expression! Freedom of speech!”
Publicist: “We apologize to all the crazy people who sent death threats. You win for now.”

What the hell is this? It’s a communication FAIL. It’s the crazy guy on the bus demanding that you not sit on his imaginary friend in the next seat. But not only that, it’s the sense of entitlement that makes my blood boil. The argument against displaying images of Muhammad all comes down to “Because I said so,” and when adults use that kind of “logic” with other adults, someone has to call foul.

Wake up, Comedy Central. At the end of the day, these terrorists are just a bunch of children throwing a world-class tantrum about something the majority of your viewership don’t believe exists. You can’t poke fun at every other group, then make an exception for Islam just because they’re the scariest. Don’t be afraid. Make us laugh. 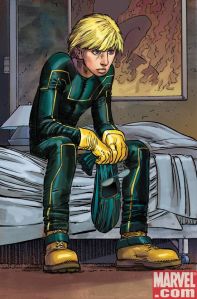 I participated in a small contest a little while ago at Meltdown Comics in honor of the Kick Ass movie coming out. I dressed up like a dog and did some martial arts (which turned out to be only slightly less ridiculous than it sounds), as you can see here. I had a lot of fun, got a few laughs, and met some cool people.

I placed fourth after a comedian, a fellow martial artists (he did flips, I can’t compete with that), and a guy who sang a song about coppin’ a feel (which was actually pretty harmless and funny).

Afterward, I got invited to be a guest on a radio show on comics (which I’ll post when it’s up). Then I was invited to blog for ComicsonComics.com. They’ve asked for one blog per week, and I’m a little freaked. I’m not sure I have that much to say on the topic of comics without any kind of prompt. We’ll see how it goes. I’m nervous! I’m hoping I can get through this with a healthy dose of pluck.

The next bunch of posts will be a window into what my inbox looked like a few years ago. Like most people, I save the important, life-altering emails. I also save random crap that makes me laugh.

My friends are very smart people. They circulate National Geographic articles about how the universe is expanding. So it cracks me up when someone sends around something like this, and everyone jumps on board. Priceless…

This is one of the pieces of evidence I would put forth in defense of the existence of the internet. If talk radio was anything like this, I’d seriously consider listening to NPR. 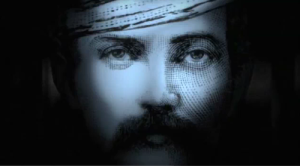 A friend of mine showed me a music video recently that blew my mind. I had to watch it a few times before I really understood what was going on, and it scared the shit out of me the first time through. I’ve never seen anything like it. What a bizarre, fantastic video. I’m gonna try to download it so I can have it forever.

I’ve been using Facebook as a blog. It’s not the best site for that kind of thing, so here we are.

This will be a place to collect random, cool articles, videos, photos, etc. that I come across. I think I just want a place where I can look back in a year and say, “Oh yeah, that was weird.”

This will also be a place to just jot down thoughts as they come. Nothing fancy, just random stuff stated clearly and concisely. I hope.

My objective is not to gain public recognition, or to be discovered and turn this blog into a movie someday. I’m not sure why I’m putting all this down on the interwebz, I just want to keep some kind of journal, and I won’t do that without some kind of accountability, and this is will hopefully help me maintain a regular schedule of entries. I promise to have fewer run-on sentences in my future posts.