Finally, I’ve gotten around to writing about our last day in Hawai’i.  We were bummed to leave, but also kinda ready (the humidity makes you feel sticky all the time.  The copious amounts of sunscreen didn’t help either).

Our last day there was the day of my presentation at the conference!  I was a bit nervous, but mostly excited about meeting people, presenting my ideas, fielding questions, and hearing the other presentations in my session.  My presentation went really well; there were several questions afterward, and one of the women (who was also presenting) had also played World of Warcraft, so we had loads to talk about afterward.  Her presentation was on gender roles in TV and movies, particularly the way they are portrayed in ancient dramas (Rome, 300, Game of Thrones, etc.).  It was really interesting.  She lives in Sweden, and invited me to come speak at her university so we’re staying in touch.

Afterward I felt free as a bird and really excited to get some pork laulau, which I’d been craving all week.  We went to Ono Hawai’ian Foods on Kapahulu near Waikiki on uncle Bobby’s recommendation, and it turned out to be the same place I went with my cousin Leah the last time I was in town for the same conference.  Boyfriend tried poi for the first time and actually liked it (shock).  I was still riding high on being finished with my presentation (even though it was the last day of our trip), so we drove to Dave’s Ice Cream for another helping of azuki bean ice cream.  They had a dark/bright purple ice cream that was imo flavored (Japanese [Okinawan] purple sweet potato) which was bonkers.

found this sign at the Pali Lookout. how does this help? all it does is freak people out.

We headed back to Lanikai side to have one last ocean experience before we left the next day.  On our way, I realized that we’d been driving past the Pali Lookout but hadn’t yet gone up.  So we took a quick detour to enjoy the view and almost got blown right off the mountain.  There were loads of tourists from all over, but my favorite was a German woman feeding wild chickens that had come out of the forest right next to the parking lot while her husband smiled and told her to get in the car.

We brought Boyfriend’s nice camera to the beach, and I brought my ukulele.  He took a few photos, and we swam around a bit enjoying the water and watching people kayak around.  When we went back in, a guy had a bucket with a couple fish, and encouraged us to take a photo of them in rapid pidgin.  He said one of them was a barracuda, cool!

it stared at us with its dead, beady eye

We were sad to leave Bob and Nancy (and Bella, *sniffle*), but it was so nice to spend so much time with them that it was hard to be too broken up.  Boyfriend and I woke up at 330am to drive across the island and arrive at the airport by 5 so I could be on a plane by 620am.  On the drive back, boyfriend apparently stopped and took a bunch of photos of the sunrise over the ocean near Lanikai.  I’m jealous I couldn’t see it with him, the photos are incredible.  I ended up taking a later flight anyway, and got a $400 voucher in exchange, woot!  Continental owes me that for that time they botched my trip to the east coast to visit Boyfriend a few years back (I’m still a little broken up about that, lol).

I’m so glad Boyfriend and I had this trip together.  After more than five years we’re still excited to see each other and spend time together.  I’m looking forward to spending that voucher on another fun trip with him 🙂 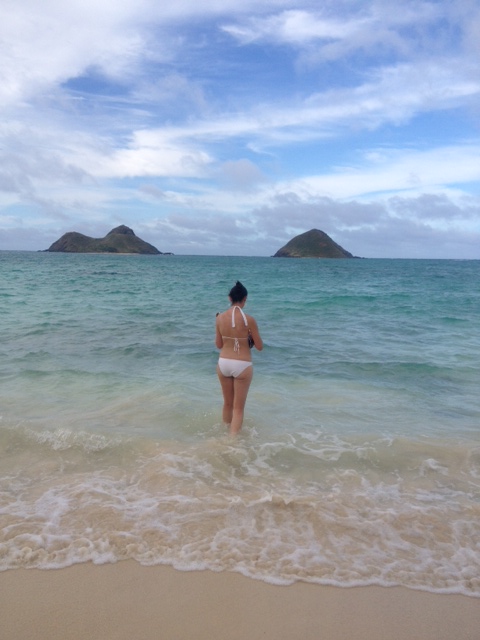 playing some Jamaica Farewell to the mokes on my ukulele 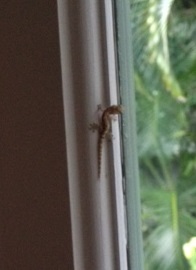