My mom’s mom was a model, and not just any model, an Adrian model.  Adrian Adolph Greenberg was a huge designer of women’s gowns used commonly in big Hollywood movies during the 1930s and 40s.  My mom used to be a clothing model for tailors and designers; “I was a perfect size four,” she would say.  My dad’s family has a history of natural athleticism, from college basketball, hurdles, swimming, etc.  My folks were both quite handsome in their hay-day. 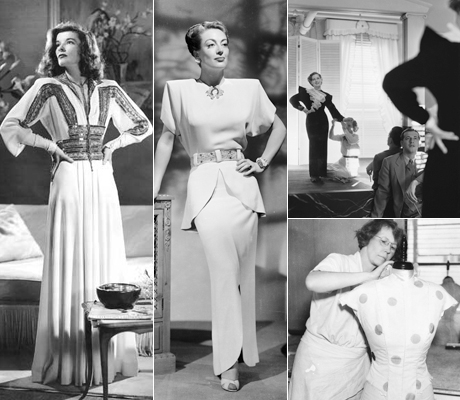 Adrian made some classy shit

My sister and I have turned out to be what I’m going to call pretty good looking athletes.  I’m pleased with my looks (but wouldn’t call myself beautiful); Sister, on the other hand, is pretty much a knockout when she’s all dressed up (if she stands up straight).  It was a given that every year in school, we would do some sport, and excel in it.  I was captain of my middle school soccer (we lost almost every game) and volleyball (we made it to state!) teams.  Sister kicked everyone’s ass at cross country, and was so competitive (about everything, in truth) that she threw up before half of her races, most of which she won.  I’m a talented martial artist, a quick learner with a sharp eye for form.  I ran a mile the other night no problem; Sister could run three before her knees start to hurt.

I’m not saying all this to stroke my own ego.  Athleticism and good looks are my family legacy.  So when a mother approached me asking, “Why do you think it is that my child is so fat?” I’m thrown for a bit of a loop.  What do I say?  Should I be honest and say that her child has demonstrated that she has a propensity to be lazy, probably due to all the extra weight she carries around, which, in turn, causes her to be lazy?  That being fat is a cycle that’s tough to break out of, and that she did the right thing to sign her up for a martial arts class? 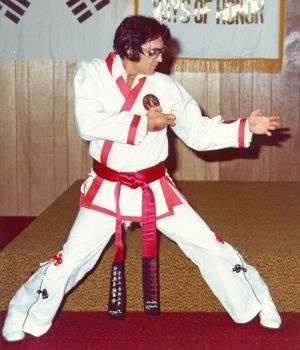 if Elvis did it, it must be awesome

Well, that’s what I did.  I was kind, and honest, and encouraging.  The mom smiled and nodded, and agreed with me at every turn.  Then she left, and apparently wrote a scathing email about how I called her child fat, and that she and her child will not be returning to the school because she feels judged and unwelcome.

Where do I begin?

No one wants to be fat, but some people are.  Fat is an adjective, like blue.  It applies to things (and people) that are fat.  Fat was a noun that became an adjective.  It happens all the time within many languages.  It’s not a sin.

I understand that it’s a hot-button word.  Coming from a thin, athletic person, I understand that it may come off as an insult.  But let’s be clear: calling someone fat within the context of a discussion regarding health and fitness is not the same as calling someone a fatty.  It’s simply vocabulary that states a fact: some people are fat, and should lose that extra fat in order to no longer be fat.  It’s very, very simple.  There is no extra meaning attached to the word ‘fat’ coming from me.  Any and all baggage attached to that word originates solely on the receiving end of that word.

At what point did the word ‘fat’ cease to be an acceptable adjective for overweight people?  What do they think all that weight consists of?  Hint: It’s FAT, not overweight-ness, not big-boned-ness.  It’s the noun that became an adjective.  That’s it.

Jessica Simpson is not fat, she's just not a skeleton anymore

This mother was right to worry about her child, who is seriously overweight (also known as fat).  When the child stands up after sitting on the floor, the motions resemble exactly what an old football coach with no knees left does when he breaks a huddle.  At age 5, that’s just unreal, and totally unhealthy.  I hope she gets her child checked out by a doctor to make sure it’s not a thyroid problem or something.

Bottom line: I care about this child’s health because this child is fat.  Not a fatty or any other mean name, just fat, and that’s not healthy.  If a mother (who is also overweight) asks me about her overweight child’s health, but doesn’t want to hear that her child is fat, she needs to ask different questions, or talk to someone who:

A) Doesn’t give a shit about her child’s well-being.

B) Will lie to her face, and tell her that her child is healthy, normal, and has nothing to worry about health-wise.

C) Doesn’t have a clue about what a normal child’s body should look like.

So why did I bother mentioning my totally awesome pedigree, all those handsome, athletic people in my family tree?  Because the underlying problem here is that I don’t know what it’s like to be fat.  I mean, I was a fat kid until around age 4, but I was totally unaware of it.  As a result, I’m on the outside of a discussion that I will never be welcomed into because I “don’t know what it’s like.”  Similar to a whites’ opinion on black issues, a thin person who has never been fat apparently has no right to talk about fat people–even when prompted.

UPDATE: August 29th, 1:14pm
I read an article in the LA Times today entitled “Does Obesity Qualify as Child Abuse?”  Yikes.  So that’s pretty extreme.  But kids don’t control what they eat, parents do.

It occurs to me now that the mother in question wasn’t only insulted in a protective-parent way, but was also probably harboring some guilt.  A child doesn’t get fat because she’s eating three square meals a day and getting plenty of exercise, it’s because the parents are potentially not doing a stellar job with her food intake, and making sure she’s active enough.  When she mentioned that her child took swim classes, I asked, “Does she do all the exercises?”
mom: I don’t know, I don’t stay to watch.
me: I noticed that I had to encourage her constantly just to keep her from slowing down in the middle of an activity.  That happened a lot during class today, so she may not be participating in every activity in swim class either.  She may not be getting as much exercise as you think.”

This woman was not abusing her child.  She was trying to get her to do athletic activities, and asked me for some (apparently unwanted) advice.  She wants her child to be healthy, but she could lost 40lbs and be healthier herself, so what kind of lifestyle change does she really expect from a child if she can’t do it herself?