The accuracy of this comic cannot be denied.  Do not deny it.  You are afraid, too.  That’s ok.  We can be afraid together, and giggle about it when the sun comes up.  But when the sun is down there can be only silence, for laughter enrages the beast and invites destruction.

This afternoon, on the 40th of my 108 days of meditation, I had an epiphany; I remembered a lesson I had forgotten years ago, and what a shame I lost track of it.

When I first started training, I was so proud to be a martial artist.  Two or three years in, I still bragged about training for my black belts.  I worked hard at the dojang, and thought that just by practicing what I was taught, I was, in a small way, better than other people.

It took me a long while to figure out that I wanted to be really good at what I was doing, and that participation alone wouldn’t ensure that I would master the styles I studied.  There’s a distinct difference between a practitioner of a martial art, and a someone who is dedicated to the martial art.  All my fellow students were practitioners.  It was only because I joined the school earlier than the others that I out-ranked them.  I decided that time alone should not determine my skill level.  I had to have a hand in it.  My rank would speak less about the number of classes I had taken, and more about myself as a martial artist.  I started really paying attention, and realized my place in the world was very small.  Being a martial artist meant nothing except what I made of it.  The best I could do was to hone my own skills and become the best tool for the style that I could.

It was a difficult transition for me.  My pride, which I had cultivated and nourished for years, suddenly had no place to call home.  I silenced my heart.  My rank became meaningless; no matter what color I wore, I never felt worthy of it.  I suddenly felt no competition with my similarly ranked classmates.  I practiced silence, occasionally speaking just a handful of words in a day.  It paid off, and my form became close to perfect.  As Naruto would say, I had found “my way of the ninja.”

I’ve been meditating for ten minutes a day for 40 days, and because of that I thought I was special.  I had forgotten that my objective is mastery, not participation.  Kung Fu loosely translates to “skill” and “effort,” but even that is not enough to become a master.  Even now there is a disquieting feeling in my chest; I can feel my pride rebelling against its second  eviction in a decade.  It claims that it is no sin to be proud of my accomplishments, and yes, this is true.  But the distraction is an unnecessary obstacle.  The sense that I have achieved my goal just as I begin to learn a new style is unforgivable.  The brown sash I’ve been given will blind me if I let it.  For a second time, I must quiet my heart, and retreat to a quiet, humble place.

Being a martial artist is great for a lot of reasons, not the least of which is that it makes me feel like a total badass.  Being athletic for so long means I’m pretty coordinated, I move gracefully, I don’t trip and fall and injure myself… ever.  Plus, being a female martial artist automatically puts me in a special category, and everyone loves being special.

And all that sounds great, but if I’d be lying if I said that any of those topped my list of why being a true martial artist is worth all the training, sweating and pain. Having been punched and kicked until I bled may sound brutal; having sharp eyes and fast feet that can flash above my own head may sound pretty sweet; but it’s the sum of these skills and experiences that produces the best part of being a good fighter: the quiet.  I’m confident that my training has prepared me to survive (and win) most fights, and I find that to be incredibly soothing. 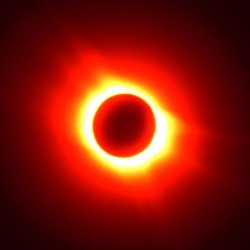 yes, there is a little solar eclipse in my tummy

I rediscovered this sensation while interviewing someone at Office Job.  I’ve only been there less than a year, so I still feel like the new kid.  However, during the interview, I realized that I would be looked to for counsel on how to handle this situation or deal with that person, and that I could give sound advice.  I’m getting good at my job, and that’s really quite… relaxing.  It’s the same feeling I had when I got my black belts: a sense of pride and confidence.  Of course, when I got my black belts, my body felt like it was pulsating with potential, that the ability to fight (and fight well) practically coursed through me.  It was all I could do to contain it.  It was exhilarating.  My whole body was buzzing with power and fluid motion, and amidst all that there was a still, quiet core to keep me from flying in all directions.

That buzzing feeling has faded to a hum, but its silent anchor remains.  The best part of being a true martial artist is the silence.