i love a good haunted house

A graphic designer named Mike Doyle recently caught my eye with his creation of abandoned houses built completely out of Legos.  These things are big enough to cover my desk, and rise about four feet high.  They’re serious business, and super cool.

I love Halloween.  I love everything about it: pumpkins, jack-o-lanterns, costumes, decorations, getting scared, all of it.  I also love having so many random encounters with people because of costumes, and asking for candy from (and trusting) one complete stranger after another.  What other non-religious holiday allows for that?  Everyone loves Halloween!  It’s the best! 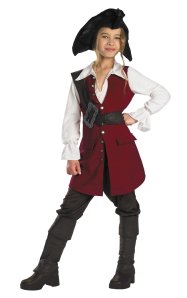 As a kid, I dressed up as a pirate for four or five years in a row.  I wore stockings, a red and white striped skirt with a jagged hem, and a thin white shirt and a pirate hat.  I also had a hook, if memory serves.  My mom would draw a curly mustache on my face at my behest, because apparently, even female pirates had to have Captain Hook mustaches.  Gender confused and full of sugar: needless to say, I was a typical, happy child on Halloween.

Sister dressed up as a candy devil one year, which involved Mom hot gluing candies to her tail, which she then unwrapped and ate before the end of the night.  I dressed as a werewolf one year (black clothing, All Star sneakers, and a mask), and as death another year (complete with armageddon cloak, scary face paint and scythe).  That turned out to be a semi-unfortunate choice, as I was invited to go to my first Halloween party by a 5th grade classmate where I felt forced to decline my first (and only) encounter with spin the bottle due to my awesome and really fucking creepy makeup.  I couldn’t believe we didn’t go trick-or-treating.  “What a waste,” I thought.  Plus, Sister and her friend both decided to dress as hippies, which only encouraged her to reiterate her favorite chant of “Angel, Devil, Angel, Devil” that she enjoyed cackling whenever she (often) wore pastels while I wore darker colors.  That shit went on for years.  I came to refer to her fashion choice as “Mug Me” colors, since I saw them as something that would make her look like a target.

But I digress.  Halloween is the best, even with an annoying Sister and friends trying to ruin my night with their stupid boys.

One thought on “Halloween time is the best time”