So, *sigh* I was poking around Things from Another World, when I came across some anime inspired figurines of Catwoman and Wonder Woman.  Which, in a nutshell, means their outfits are even more impractical, Wonder Woman’s sword is absurdly large, and Catwoman is inexplicably wearing semi-mechanical-looking claw-shoes.  And of course they have to wear heels.  The thought dawned on me, “Stop it, anime.  Stop throwing up on everything.” 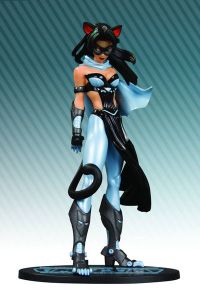 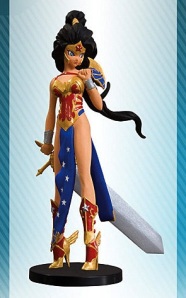 And yet… I like Catwoman’s getup.  For a futuristic reboot, it totally works.  But for a present-day re-imagining, it doesn’t make sense for her character.  She’s a self-made, single-minded crook.  She doesn’t need or want a fancy costume; she’s a ninja that steals shit.  And in case you didn’t know, she’s the best character in the DC universe.  So stop fucking her up, anime.  ^__^ lol